Prof. Meenakshi Apte, fondly known as Meenakshitai, is not just the founder of Swadhar. She is the cornerstone of its strength, inspiration, motivation and passion. She was a born social worker and had a deep understanding of societal needs and their underlying problems, and relentlessly strived to find ways of dealing with them. Meenakshitai was a many things - a very successful professional, she was a loving and friendly individual, a very considerate teacher and above all a mother figure for all at Swadhar - staff and beneficiaries, alike.

After her post graduation from the University of Pune, Meenakshitai had joined the Central Social Welfare Board in Satara in the year 1954. On being promoted, she was transferred to its Mumbai office, and in 1965 she enrolled in the Tata Institute of Social Sciences for a Masters study in their Social Work program. In 1967, after being awarded with the degree, she joined TISS as a Faculty Assistant. Here she supervised field work for two years, went on to become a Lecturer, a Reader, and finally a Professor in the Department of Family and Child Welfare. She retired as the Head of this Department in the year 1994. Meenakshitai’s key contribution during her tenure lies in strengthening the field work component of social work, which is one of the defining features of the curriculum in the institute. The lack of field work agencies or organisations, especially in the areas of child sexual abuse and marital discord, led her to initiate field action projects in TISS. She helped customise the course material, and learned from students across India, guided them and even helped solving their problems. She was sent to Tavistock Institute in London where she learned about labourers and their families, and the hinderances children in these families face while pursuing their education. One of Meenakshitai’s most celebrated achievements is her work in initiating family and marital counselling in the Mumbai City Civil Court. It was TISS’s report of a study led and conducted by her, on the success of counselling, guidance and other therapeutic initiatives that paved way for its inclusion in the Family Courts Act in 1984. Her initiative of working closely with the Mumbai Police Commissioner’s office, to fight violence against women has been replicated in several talukas and districts across Maharashtra, as well as many other states. In alliance with her colleagues, she also conducted several courses for officers of UNICEF and ILO in India and overseas. Meenakshitai was instrumental in reframing the curriculum of social work with more emphasis on the component of field work. She was also on the board of international organisations like Children of the World and several renowned national organisations like Gandhi National Memorial, Agakhana Palace Pune, Kasturba Gandhi National Memorial Trust and Saathi - an organisation working with women prisoners of Yeravada Jail in Pune. She was a Fullbright Scholar, recipient of the Baya Karve award for ‘Outstanding Contribution as Social Work Educator’ and the Stree Vimochan Trust Award for ‘A Lifetime of Social Work’. She was also conferred with the title of ‘Distinguished Professor of Family and Child Welfare’ by the Tata Institute of Social Sciences, for her pioneering contributions. 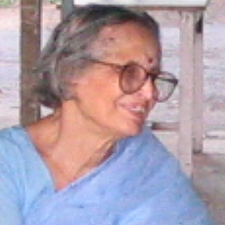 Mrs. Sulabha Joshi is a co-founder of Swadhar in Pune. However, her association with Swadhar had begun way back in Mumbai. A Lecturer of English at SNDT, Mumbai, Sulabhatai was instrumental in providing counselling to women at police stations across Mumbai, and also worked closely with Meenakshitai in setting up the counselling center and counselling women in need, at the Goregaon office of Swadhar in Mumbai.

After her retirement, she also moved to Pune and alongside Meenakshitai, founded the Pune branch of Swadhar. She had a key role in getting support from the police department for the Pimpri Counselling Center. She guided the counselling staff in resolving a lot of cases. She was also in the resource person panel of awareness generation programs.

Sulabhatai started the Girls Education Support project. She introduced the idea of organising educational counselling workshops, helped set up counselling cells at schools, started the concept of conducting camps for beneficiary girl students during Diwali or Christmas vacations in order to develop their co-curricular and extra-curricular capabilities

Sulabhatai was very closely involved in the all of Swadhar’s activities, almost till the end of her life. Her passion for disseminating education, strong stand on upholding principles, dedication for counselling and above all a kind heart will forever be a guiding light, for all at Swadhar. 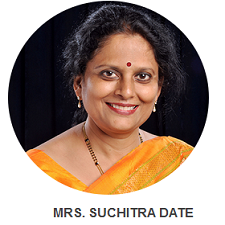 Mrs. Suchitra Date is the other co-founder of Swadhar in Pune. A qualified therapist and counsellor, she has spent more than 35 years in this field anchoring various roles such as counsellor for children and adults, corporate counsellor for stress and anger management, member of the NGO representative body in the Internal Complaint Committee of many local corporates, to mention a few.

She is also the founder of “Prerana Dham”, where she leads a team of therapists who hold workshops on topics such as preparing for board examinations; bringing change in study habits for better performances; parenting for various age groups; pre-marital counselling; and relationship adjustment in couples.

Suchitratai is a trained Bharatnatyam dancer, has performed widely, and has been running a renowned dance school “Nrityaprerana” for over three decades. Hundred of students in India and abroad have been trained in dance at her school. Several of her performances have been released on DVDs in five languages, namely Hindi, Sanskrit, Marathi, Bengali and Tamil. Based on classical dance she has also found a therapy called “Nritya for Body and Soul” for people suffering from Parkinson’s disease, equinus, orthopaedic problems, diabetes, blood pressure, varicose veins, polio, and arthritis.

She is also a visiting faculty at the Department of Psychology, at Symbiosis SSLA College in Pune. 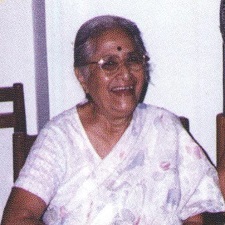 A graduate in biology from Nagpur, Taratai worked as a school teacher and later as a Librarian in Vidyarthi Sahayak Samiti when she came to Pune after marriage. An urge to contribute to the society resulted in her voluntary work for University Women’s Association. She played a major role in getting independent registration for Pune office, preparing the constitution of Swadhar, formulating policies, bringing a structure to projects/activities etc. She was deeply involved right from looking for office space to actual implementation of activities. She worked with and mentored Swadhar team till the age of 90.

Swadhar owes its current expansion and achievements to her dedication, discipline and tremendous ability to provide guidance and support to members and staff. 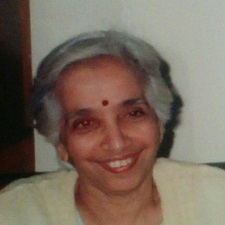 Sujala Nitsure was born in Satara in the year 1930. She completed her BA degree from SP college. Having been actively involved in the Seva Dal from her college days, she was always inclined towards social work. After fulfilling all her domestic responsibilities, she joined Swadhar after 2000 and was an active participant in the foundation, overall functioning and development of the organisation.

Aakash and his younger brother were born to HIV positive parents. He learnt of his own condition and his family’s

I have been giving donation to ‘Akshaedeep’ project under “Swadhar’ for the last 5-6 years Vidyanand M.Ranade, Govt. of Maharashtra