As You Wish, So shall it be 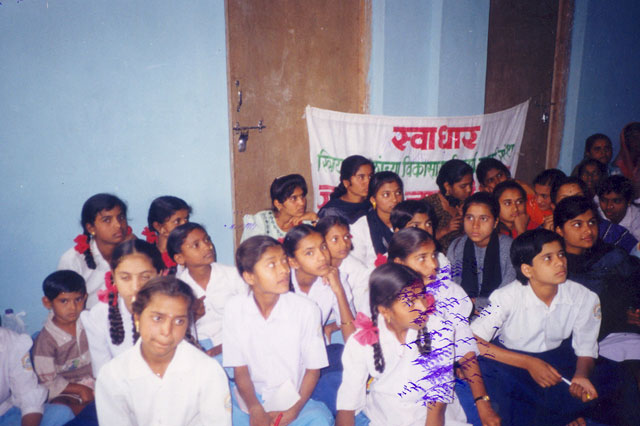 As you wish, so shall it be

Perturbed with what was happening, Aakash coaxed his ageing grandmother in to telling him, what was it that they were all suffering from. And as if this was not enough for the poor boy and the whole family, his father lost a leg in an accident. This entire family of five was now surviving on

meagre pension of Rs. 4000/- that the grandmother was entitled too. Forced into poverty, the first things to be removed from the family’s budget were Aakash and his brother’s schooling, and their medicines. The absence of medicines made his mother very sick and she took to bed completely.

It was at the age of 13, in the year 2005, when he found a newspaper notification about Swadhar’s Rays of Hope project center at YCM Hospital in Pimpri. When he approached for help, the family was immediately started on being given a portion rich grocery supply and medicines. Since Aakash’s mother was in a severe condition, Swadhar shifted her to an institution for care. In addition, an artificial limb was arranged for the father, so that he is able to go out, work, and earn whatever little he can manage for the family. He was also taken to Sassoon Hospital for regular monitoring of his CD4 count and for his ART treatment. With its close association with a municipal cooperator, Swadhar helped Aakash’s father in opening an STD/PCO calling booth.

Aakash and his brother were registered under the Bal Sangopan Yojana, a state government run program that provides alternate family care to children in circumstances wherein their biological parents are not able to care of them due to crisis situations; thereby preventing institutionalisation.

After completing his 10th grade, Aakash started doing small odd jobs. He now earns Rs. 15,000/- every month. He takes good care of his family now. While he continues to seek counselling at the Rays of Hope project center, he seems to have found his silver lining to the clouds in his life.

Aakash and his younger brother were born to HIV positive parents. He learnt of his own condition and his family’s

I have been giving donation to ‘Akshaedeep’ project under “Swadhar’ for the last 5-6 years Vidyanand M.Ranade, Govt. of Maharashtra